A space within a space,

a retreat within a crowd

where one can hide on full display.

Upon entering The Observatory, the visitor blends into the exhibition and inscribes herself into the discourse of multiple realities that exist simultaneously at any given moment.

At once in and of the exhibition, at once watching and being watched, the carrier of the Observatory interacts with the other artworks from a critical distance while being fully immersed.

Is the exhibition about seeing art or being seen seeing art?

The immersive installation provides an opportunity for a change of perception of the exhibition space composed of artworks and humans and blurs the lines between human-object interaction. The visitor, while engaging with the other works, becomes one of them herself. She is observed from outside the curtain as well as by a camera above her head which projects its recordings onto the gallery ceiling in real time. 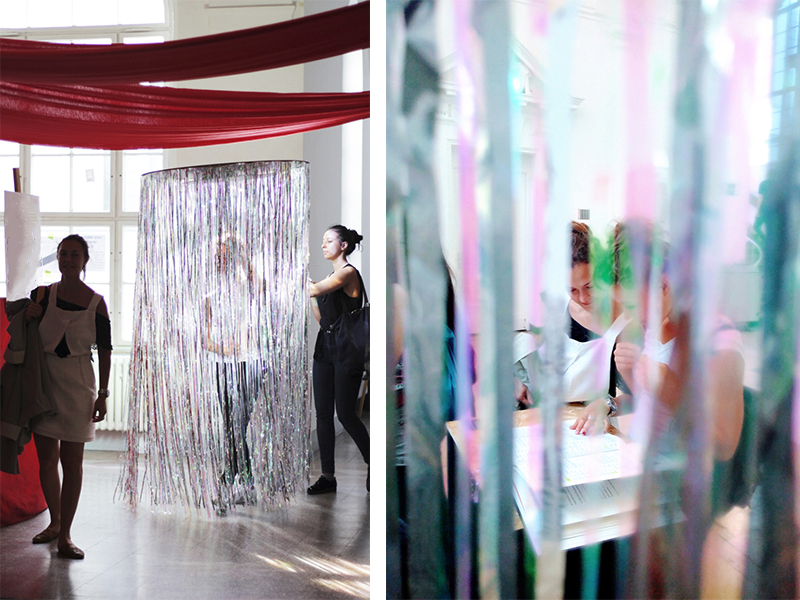 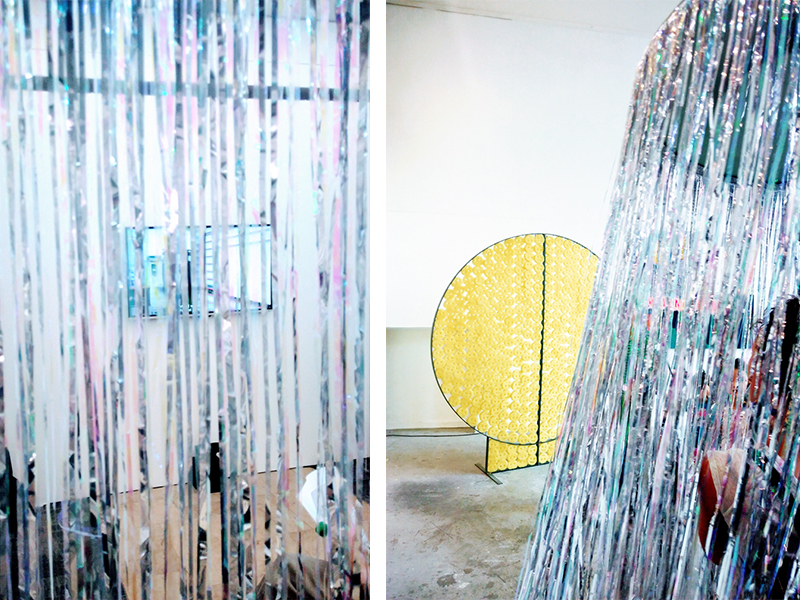 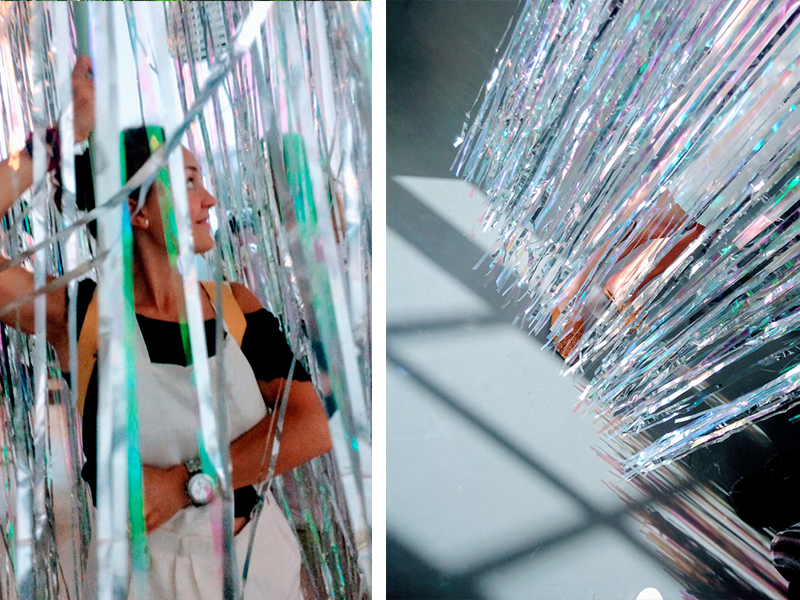 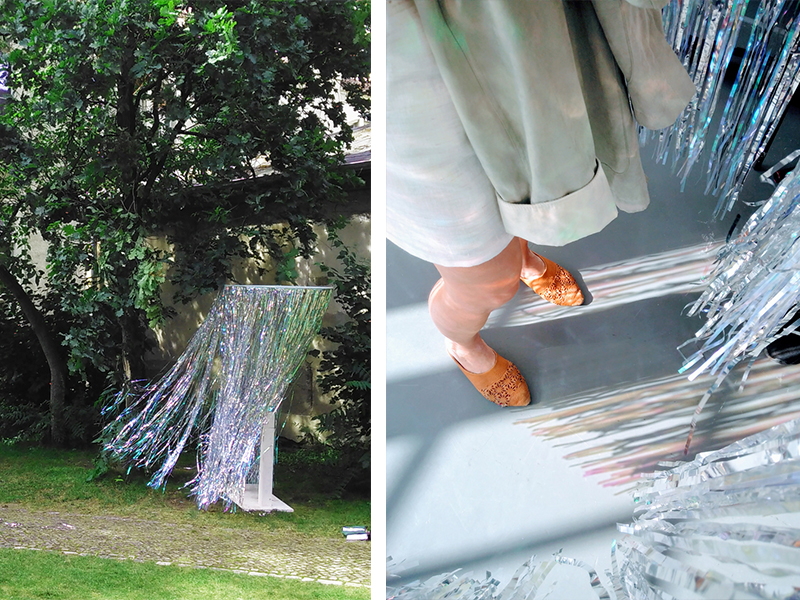 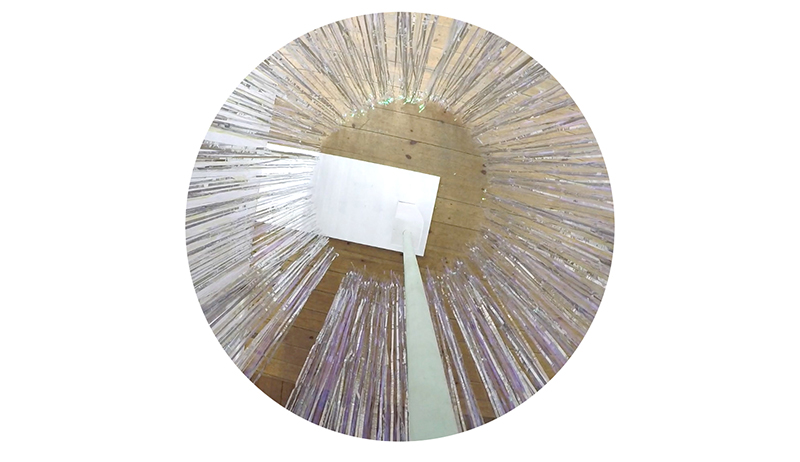 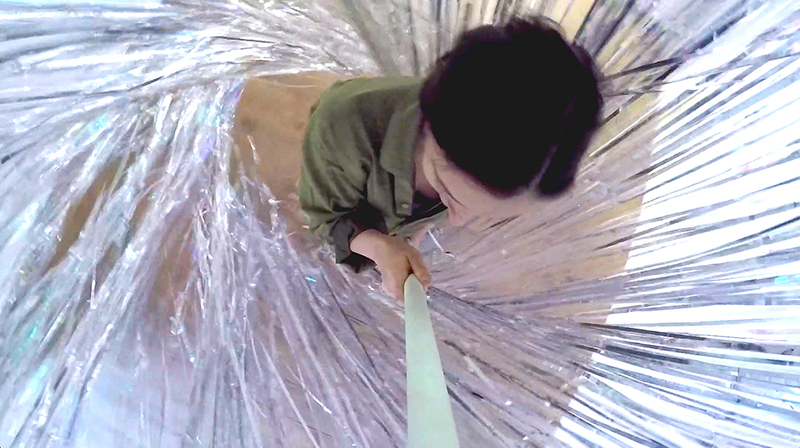 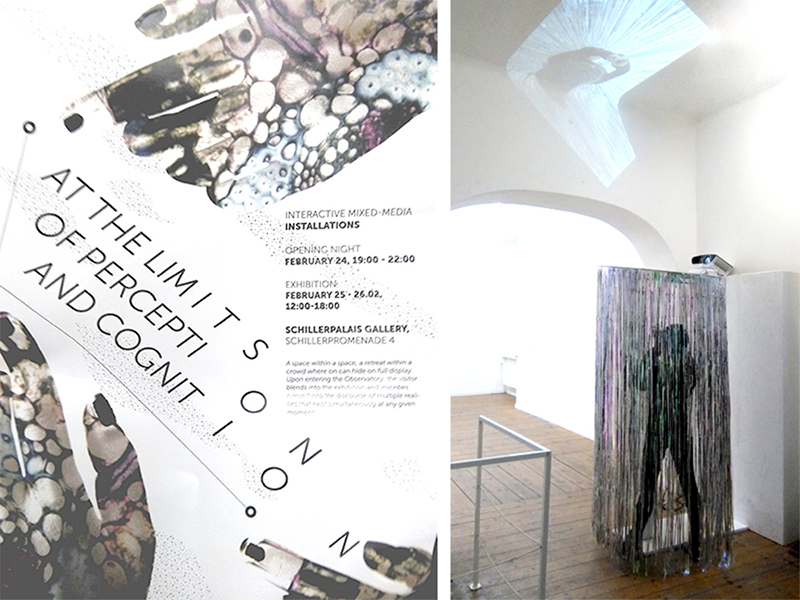 2017 – At the limits of perception and cognition, Schillerpalais, Berlin (DE) Group Exhibition

The Observatory was part of the theory and art research project 'At the limits of perception and cognition' initiated by Jacob Eriksen and Diana Ø. Tørsløv Møller.